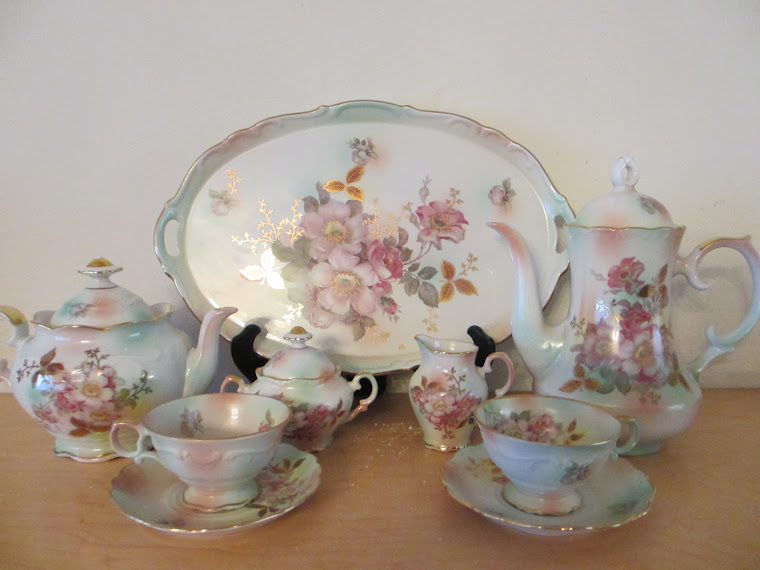 Although I called this blog post "Blue and Stainless Steel," I could have called it "Lots of Stuff From Pier 1" table - granted, Pat and I bought the tablescaping items over a period of time (several years) and not for just any one particular table. But it seems that most of the things that Pat assembled for this week's table came from Pier 1. So, with apologies for those who do not like Pier 1, here's this week's Autumn table: 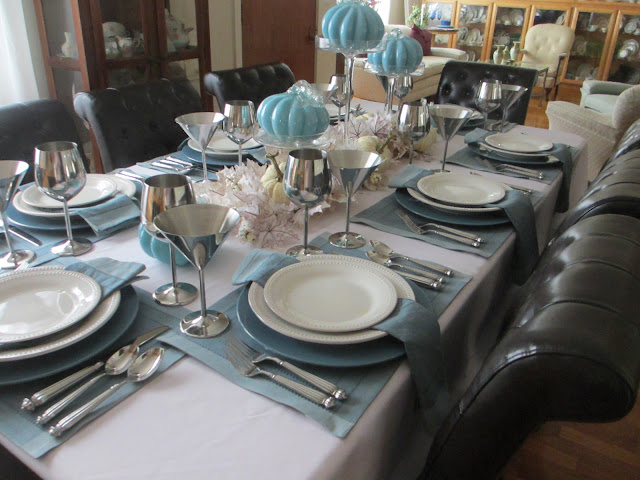 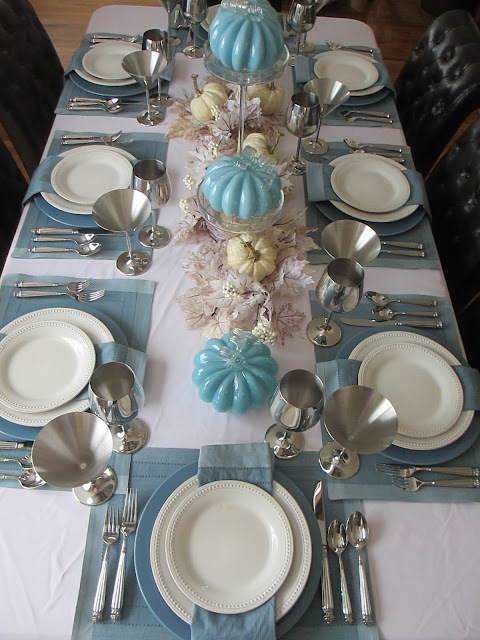 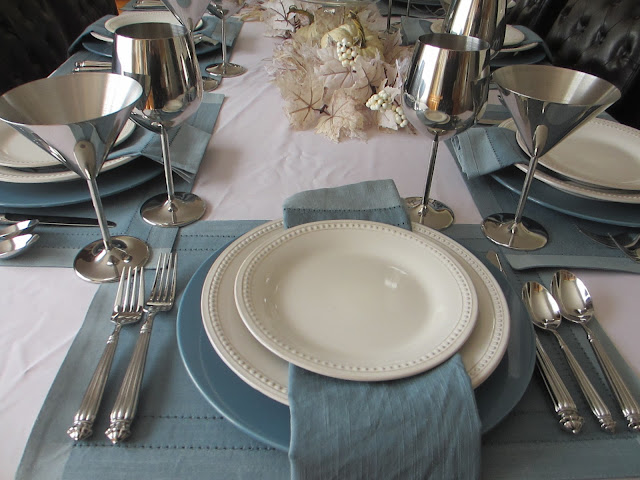 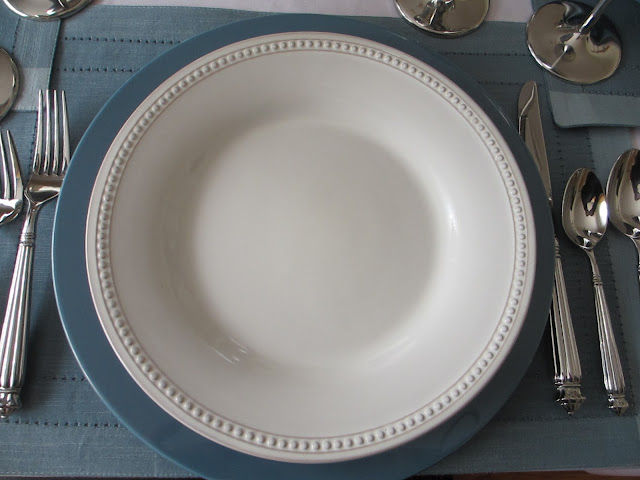 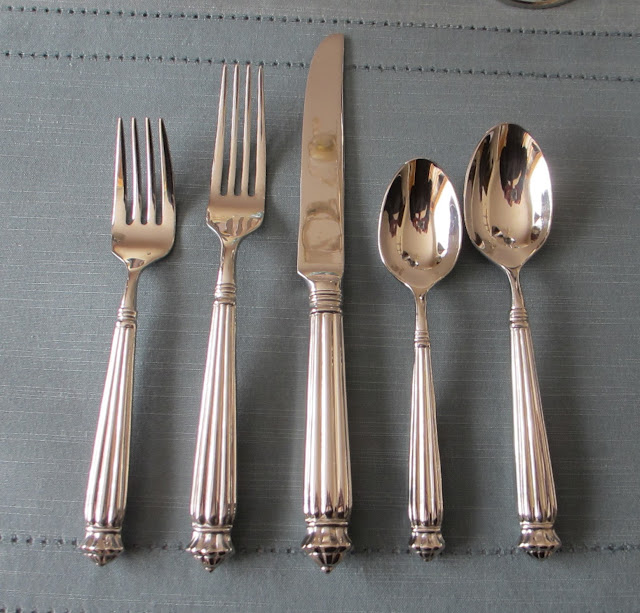 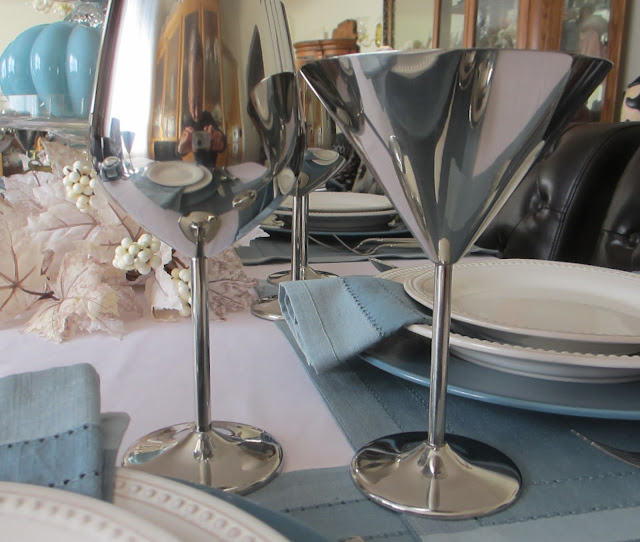 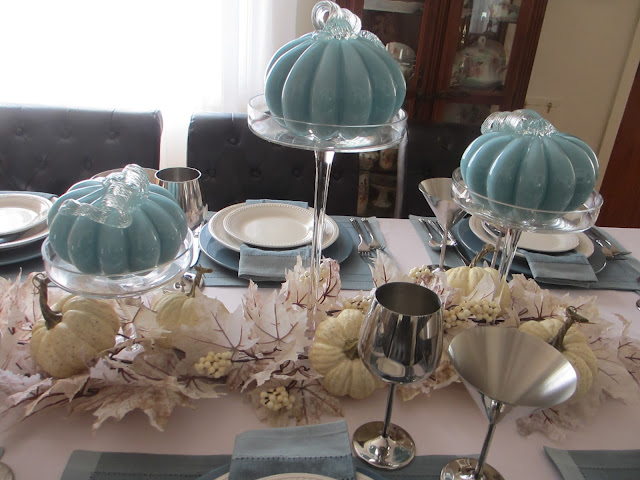 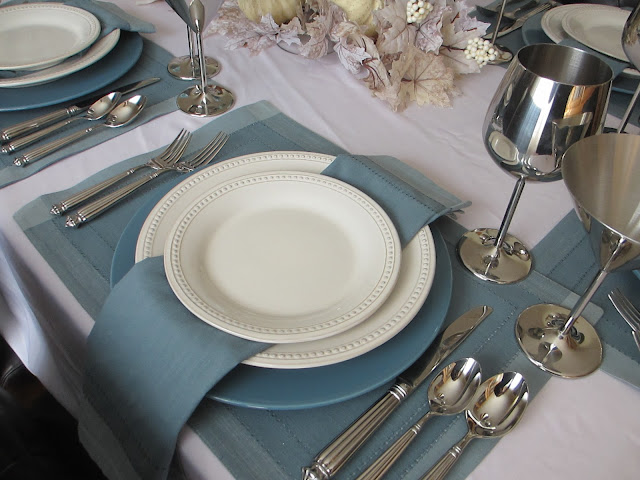 This week, we will be joining "Tablescape Thursday" at Between Naps on the Porch:  http://betweennapsontheporch.net/
Posted by Pat and Katie at 7:20 AM

In June, we were going to do a wedding table to use our sweet Coalport Revelry dishware but never got the chance to complete it - so, instea... 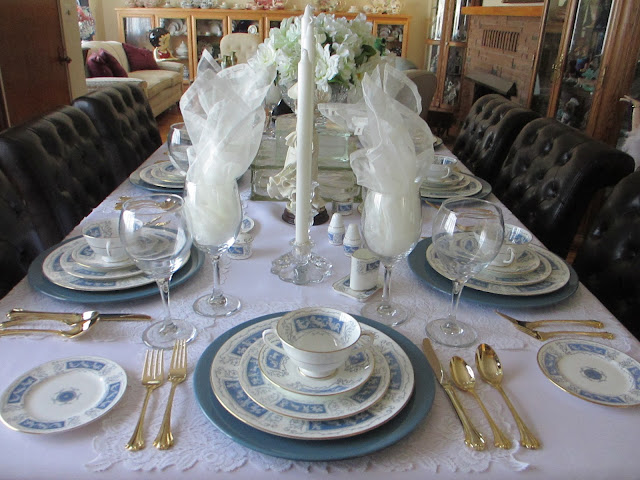 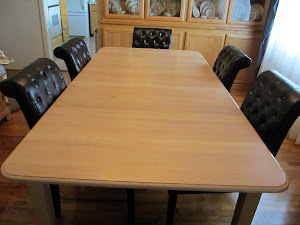 Pat and Katie
Pat, the oldest sister, is married (happily for over 40 years) and has one daughter. She enjoys gardening, cooking, quilting, sewing, reading and tablescaping. In addition, she volunteers for several local non-profit organizations. Pat comes up with the ideas for the tablescapes and usually sets the table. I (Katie) am retired (after many, many years with the county) and rescue dachshunds, collect dishes, glassware, flatware, and Betty Boop. I am the one that usually writes the blog and takes the pictures.